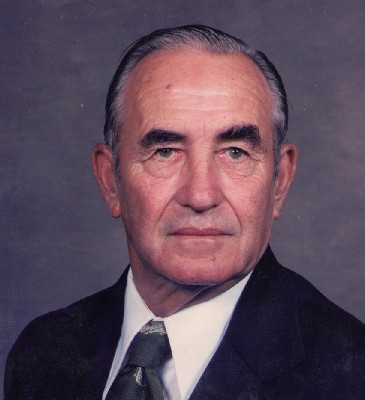 William Turner "Pete" King, Sr., 89, resident of 720 Old Vienna Rd. husband of Oveline Stewart King passed away peacefully Thursday March 18, 2010 at The Hospice House in Greenwood, SC with his loving family by his side.

Born in Abbeville Co. SC he was the son of the late Albert Henry King and Maggie Turner King.

Mr. Pete was a United States World War II Army veteran. Upon completion of his military service he retired from the National Guard and Civil service with 34 and a half years service. He was an active member of Abbeville First Baptist Church where he was a former deacon, Sunday school teacher and also served on various other committees in the church. Mr. Pete as he was affectionately known by his many friends and loving family will be truly missed by the many people whom he touched.

He was preceded in death by a brother Albert Henry King, Jr. and a son Rudy King.

He was twice married first to the late Margaret Norris King.

Funeral services will be conducted Saturday March 20, 2010 at 11:00 AM at Abbeville First Baptist Church with the Rev.'s Kile Antone and Reiny Koschel officiating. The burial will follow in Long Cane Cemetery with full military honors.

Mr. Pete is at The Chandler-Jackson Funeral Home where the family will receive friends from 6:00 until 8:00 PM Friday evening. The family is at the home 720 Old Vienna Rd. Abbeville, SC.

To order memorial trees or send flowers to the family in memory of William "Pete" Turner King, please visit our flower store.