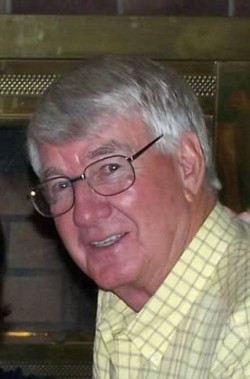 L. Glenn Teachey, Jr., 74, resident of 1102 N. Main St. husband of Betty Wooten Teachey passed away Saturday Dec. 29, 2012 at the Hospice House in Greenwood, SC with his loving family by his side.

Glenn was a United States Army veteran. He founded his own business Teachey Mechanical, Inc. in Simpsonville, SC in 1969. His business is still successful and in operation today. Glenn was also an avid hunter, golfer and fisherman and enjoyed outdoor life in general. He is still remembered by many for founding and hosting his Father-Son Fishing Tournament at Hickory Knob for many years. He was a loyal member of Main St. United Methodist Church and will be especially remembered for his kindness, generosity and his great sense of humor.

The Teachey family would especially like to thank Dr. Bob Todd, the nurses and staff at Hospice of the Piedmont for their loving and gentle care of Glenn during his illness. They would also like to express sincere appreciation to all of their friends and family for the prayers, phone calls and expressions of kindness shown to them.

Glenn was preceded in death by a stepson Rob Roth.

A Celebration of Glenn's life will be conducted Monday Dec. 31, 2012 at 2:00 PM at Main St. United Methodist Church in Abbeville, SC with the Revs. Randy Taylor and Jerry Pickens officiating. The family is at the home 1102 N. Main St. Abbeville, SC.

The family will receive friends from 1:00 until 2:00 PM Monday afternoon in the Greene Center at Main St. UMC prior to services.

Memorials in memory of Glenn may be made to Hospice of the Piedmont 408 West Alexander Ave. Greenwood, SC 29646 or to Alzheimer's Association 521 N. McDuffie St. Anderson, SC 29621.