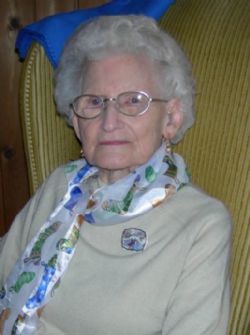 Elizabeth Clamp of Abbeville, SC passed away on Jan. 9, 2017 in Alabama. Mrs. Clamp was
Predeceased in death 1994 by her husband of 53 years, John Woodrow "Woody" Clamp.

Visitation will be held at Chandler Jackson Funeral Home in Abbeville on Sat. Jan. 14, 2017 from 10:00 until 11:00 AM followed by service in the chapel of the funeral home at 11:00 AM. The service will be officiated by Dr. John Keith. Burial will follow in Greenwood Memorial Gardens, Greenwood, SC.

A graduate of Antreville School, she was married to John Woodrow Clamp in 1940, Belton, SC and made Abbeville her home for most of her years. She was retired from Abbeville Shirt Plant.

The daughter, Lucy Clamp Willis, wishes to thank the Church family of Abbeville First Baptist Church, including the Men's Ministry, and the many friends in Abbeville who supported "Lib" through service, cards, and prayers during the time of her residence in Alabama, beginning in December 2008.