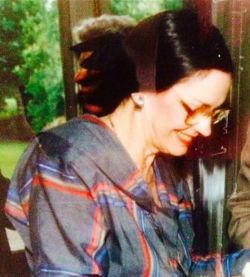 Elise Nance Bridges, 92, resident of The Renaissance Assisted Living wife of the late Fred T. Bridges, Jr. passed away Saturday May 10, 2014 at her home.

Born in Due West, SC she was a daughter of the late Joseph Norton Nance and Elise Duva Reed Nance.

Mrs. Bridges had wide experience in denominational church work for over sixty years. She introduced the teaching of Bible as an elective course in the schools of Quincy, Florida, and San Antonio, Texas. At the time of her retirement, she was the Associate Director of Missions in Europe and the Middle East for the Baptist Foreign Mission Board. Following their retirement, the Bridges served as Management Consultants for the Baptist International Seminary in Ruschlikon, Switzerland.

In lieu of flowers, friends may make memorials in memory of Elise to The Renaissance, PO Box 307, Due West, SC 29639 or to the Scholarship Fund at the Erskine Theological Seminary.

The Renaissance
PO Box 307
Due West, SC 29639 Scholarship Fund
at the Erskine Theological Seminary
Due West, SC 29639
To order memorial trees or send flowers to the family in memory of Elise Nance Bridges, please visit our flower store.